Skip to toolbar
Press "Enter" to skip to content
FreeCurrencyRates.com

Is Big Tech colonising the internet? | All Hail The Algorithm 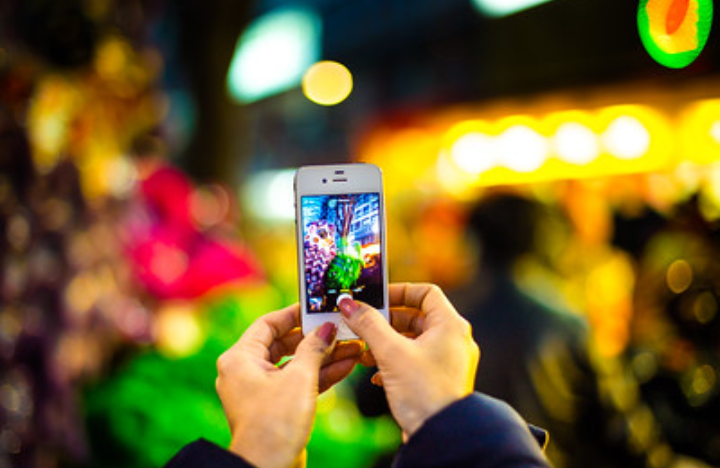 One of the clearest indications that smartphones are an integral part of the mobile economy, and the economy at large, is the fact that so many people now have them. Technology has long been a driver of economic development throughout the world, but it is only recently that mobile technology and smartphones in particular have been significant economic factors.

The evolution of the smartphone saw communication equipment that was designed for business use quickly transform into smaller and smaller consumer devices. The BlackBerry was the desired phone for busy executives, and then in 2007 Apple introduced the first iPhone. These phones, and the many apps that soon followed, changed the way we communicate, do business, entertain ourselves, socially interact with others, and learn.

Global sales of smartphones to end users contracted in the fourth quarter of 2019, declining 0.4% year over year, according to Gartner, Inc. In full year 2019, smartphone sales declined 1%.

In February 2020, when the coronavirus was centered on China, vendors were mainly concerned about how to build enough smartphones to meet global demand. But in March, the situation flipped on its head. Smartphone manufacturing has now recovered, but as half the world entered lockdown, sales plummeted, illustrating the devastating impact of Covid-19 on consumption and production in the critical segment of the technology industry.

​IDC’s analysis found Apple Inc. iPhones mostly unchanged at close to 37 million shipments, showing greater resilience than top smartphone vendor Samsung Electronics Co., whose output fell from just under 72 million to about 58 million shipments in the quarter. Huawei Technologies Co., with the added pressure of U.S. sanctions and scrutiny, dropped by roughly 10 million units in the quarter, landing near 49 million.

Economic uncertainties have increased the downward pressure on smartphone prices globally with 73 per cent of shipments in 2020 expected to be priced below $400, according to a new insight on the average selling price (ASP) of smartphones in each major market forecast from the International Data Corporation (IDC) Worldwide Quarterly Mobile Phone Tracker.

Consumers, affected by a surge in unemployment rates and lower disposal income, are likely to delay discretionary spending, which will lead to a longer smartphone replacement cycle. Q1 2020 smartphone shipments declined by 12% YoY, led by a 20% drop in China, which accounts for a quarter of the global shipments, according to IDC.

The world’s largest smartphone market, China, declined 7% in Q2 2020, but its economy is gathering momentum amid successful virus suppression. Huawei was the clear market leader in China, taking 44% market share. The US was the second-largest market. Apple, its longstanding leader, showed double-digit growth in the quarter. India, the world’s third-largest market, shrank 48% to 17.3 million units amid a strict lockdown. India smartphone market shrinks by nearly 50% in Q2 2020.

The downward trend is intensified by consumers turning to devices priced in the low-to-mid range as they prioritize spending on essentials.

Overall, the low-to-mid end segment, $100 to less than $400, dominated global smartphone shipments with 60 per cent market share in Q2 2020 and is expected to grow in the short term to 63% by next year.

Industry giants like Apple, Samsung, and Google have been pricing their new smartphones at about $1,000 when industry suffered seven consecutive quarterly declines until the third quarter of 2019, when shipments rose by 0.8% year-over-year, according to the International Data Corporation.

Devices from Samsung, Huawei, and other Chinese vendors like Xiaomi, OPPO, and vivo are the main vendors driving these segments. Apple also recently entered the mid segment with its new iPhone SE device, which has performed well, further validating the trend toward more budget-friendly devices.

In terms of global smartphone shipment revenue share, Apple got the biggest slice of the pie with 34%. Interestingly though, Huawei took the number two sport with a revenue share of 20%, more than Samsung who had a revenue share of 17% [Chart below]. It should be noted that Huawei is currently banned from using Android in any of its newer smartphones. The company is also tipped to unveil its new HarmonyOS soon and is expected to be available in phones from 2021 onwards.

A new report from Counterpoint Research indicates that the increase in price is attributed to the fact that although global smartphone sales are slipping worldwide, premium priced smartphones are still selling well, seeing only an 8% decline YoY. This, compared to the overall global smartphone market seeing a 23% decline YoY. Premium smartphones didn’t decline as much as the dependency for entertainment, productivity, and communication skyrocketed during the lockdown. Apple iPhones remained in strong demand as the dependency on smartphones increased during the lockdown.

Smartphone prices around the world

Different brands providing products under different economic circumstances means that the price bands at which phones are sold varies greatly around the world.
The pressure on prices is reflected worldwide, though it is most obvious in developing regions like Asia/Pacific (excluding Japan and China) (APeJC), Latin America, Middle East & Africa (MEA), and Central & Eastern Europe (CEE) where under $400 devices captured up to 85% of the market in Q2 2020.

The availability of newer form options has seen higher priced models enter the market, such as the folding phones introduced in 2020. The Samsung Galaxy Fold, for example, retails at 1,979.99 U.S. dollars in the United States, making it one of the most expensive smartphones on the market, according to Statista.

Published in Economy, Technology and Telecommunication

Nigerian Oil and the Disappearing Money